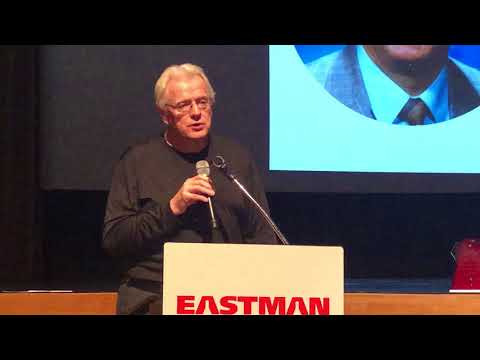 KINGSPORT — When Gary Martin was temporarily working in the Kingsport City Schools central office in the 1970s, one winter’s day it started snowing shortly after the school day began and he was fielding calls from parents who wanted schools dismissed. One of those came from an irate father prone to cursing.

“ ‘My daughter is stranded. I want her home,’ ” the now-retired Martin recalled the man said. “Every other word was profane.” When Martin finally had enough, he responded to the man’s impatient requests to speak with Superintendent Ralph Evans by saying Evans already had gone home.

“He went home. You don’t expect him to stay here when it’s snowing, do you?” Martin said, prompting more profanity from the man. Martin said he thought he might lose his job if the man called back but nonetheless confessed his fib to Evans.

The next morning, Dobyns-Bennett High School band director and Supervisor of Fine Arts Paul Arrington came into the office, walked up to Martin within earshot of Evans and quipped: “Did you hear about Dr. Evans going home yesterday when it started snowing?”

Neither one got fired. Both went on to retire from the school system and were inducted with accolades into the KCS Hall of Fame for employees Tuesday, when Martin retold his snow story during the teacher convocation at the Eastman Employee Center.

This marks the fourth year of the hall, which inducted three employees in 2015, four in 2016, five in 2017 and four this year. Those four had a combined 130 years of experience in education.

WHO WERE THIS YEAR’S INDUCTEES?

— Paul Arrington. He retired from KCS in 1986 with 36 years of service in the education community. Arrington started a string orchestra program in Kingsport in the 1970s. He began an orchestra pilot program at Johnson and Jefferson elementary schools. Assistant Superintendent of Schools Andy True said that program grew into the full orchestra program at KCS. Arrington was posthumously elected in the Tradition Era category (retired 1960-1990). “He would point out the efforts of many others,” son Jeff Arrington, who accepted the award on behalf of his late father, said of how his father would have responded to the award. He said superintendents, school board members, principal, teachers, students and parents deserved credit for fine arts at KCS.

— Gary Martin. After 38 years of service in education, Martin retired from KCS in 2006. Known for his honesty and fairness and one who also kept the best interests of students, teachers and staff as his driving force, True said, Martin has maintained lasting relationships with many of his colleagues and former students. He served as principal at Washington and Jackson elementary schools and Sevier Middle. He was elected in the Modern Era category (retired post 1990). Martin advised current teachers that students would remember “how they made them feel” more than anything else. “Welcome these students,” Martin said. “There’s no substitute for caring.”

— Jewell K. Gragg. Known as "Mamaw" by the students at Palmer Center, Gragg retired in 2005 after more than 24 years of service to KCS. Gragg worked as the longtime custodian at the Palmer Center and took great pride in keeping “her building” spotless, inside and out. Gragg was posthumously elected in the Modern Era category (retired post 1990). “My mother would be so proud and honored to get this award,” said daughter Hope Guy, who along with her brother David Gragg accepted the award on their late mother’s behalf.

— Pearl Gulley Smith. A third grade teacher at Lincoln Elementary School, Smith retired from KCS in 1972 with 32 years of experience. Smith took an active interest in every student, providing instruction and encouragement which helped develop them as both scholars and successful members of society, True said. Smith was posthumously elected in the Tradition Era category (retired 1960-1990). Daughter Wanda McLellan said that Smith’s grandchildren first called her Mama Pearl. “Suddenly, half of Kingsport called her Mama Pearl,” said McLellan, who accepted the award on behalf of her late mother.