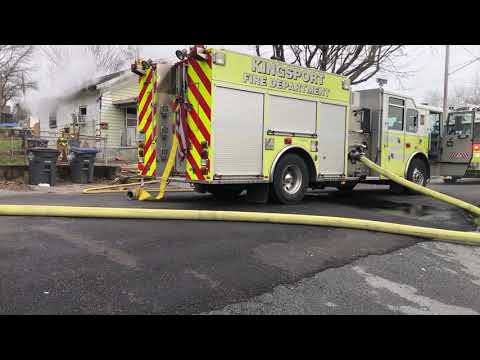 KINGSPORT — City firefighters had a busy Wednesday morning as they responded to three fire calls before noon.

According to Kingsport Fire Department Chief Information Officer Barry Brickey, the KFD had back-to-back-to-back fire alarm calls between 10:30 and 11:36 a.m.

He said the first call was triggered by a stovetop fire on Heatherly Road. The fire was promptly extinguished.

The second call was due to smoke at Dobyns-Bennett High School. Brickey said the smoke was coming from an HVAC unit in a maintenance area near the Nancy Pridemore Little Theatre. Firefighters quickly mitigated the problem.

The third call was a structure fire at 620 Charles St. in the Midfields area. The KFD extinguished the blaze. Brickey said the home was being remodeled, and neighbors said the house had a working wood stove. Sullivan County Emergency Medical Services also responded to the scene.

No injuries were reported in any of the incidents.