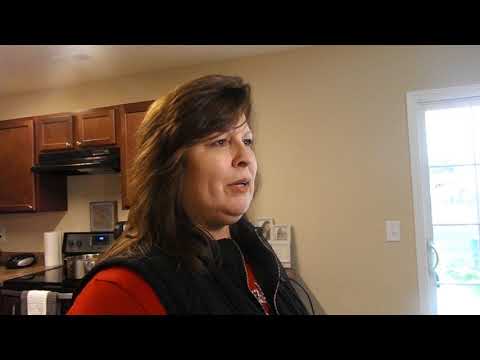 The nonprofit Eastern 8 Community Development Corp. and its partners on Monday held a ribbon-cutting for those townhomes, called Highland Place, which will go to low-income individuals.

Prior to the townhomes being built, the abandoned property held four blighted structures that were deemed beyond repair.

About two years ago, Eastern Eight was approached by the city to purchase and redevelop the site.

“Three units will be for homeless (individuals) and others will be for special needs,” Eastern Eight Executive Director Sherry Trent said of the two- and three-bedroom townhomes. “It’s really changed the look of the neighborhood. It’s something you would be proud to live in.”

Eastern Eight and its partners — Bank of Tennessee, Federal Home Loan Bank of Cincinnati and the Tennessee Housing Development Agency (THDA) — have about $1.5 million invested in the townhomes.

Eastern Eight Board Chair Stephen Dixon noted the property is already fully leased and ready to move in.

Rent for the townhomes is expected to be below market rate.

Kingsport Mayor John Clark pointed out the Board of Mayor and Aldermen has emphasized a need for more housing to enhance quality of life in the city.

“We wanted housing improvements across the board, of all types, apartments and homes, affordable housing, … all the different types of housing that we need to give people pride and joy in their living conditions,” Clark said.

"As we've seen elsewhere in Tennessee, removing blighted structures and replacing them with quality housing can have a transformative impact on the neighborhoods they are located in," Perrey said. "THDA is proud to be involved with projects like these that improve the quality of life for the residents who live there, and also serve as a catalyst for positive change in the community."

In addition to the townhomes, the development also includes a water-holding cistern, a hand pump and an area for a community garden.