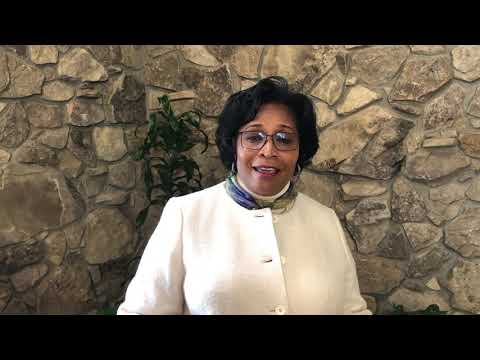 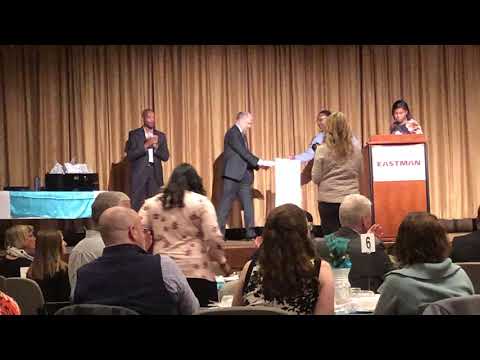 Winner Madison Wilson and runner-up Sydney Smith were among 170 entrants in the contest, which included three other finalists and 10 honorable mentions. Eastman Chemical Company sponsored the event, with the five finalists reading their essays at the Eastman Lodge near Bays Mountain Park. The contest was open to high school students from Northeast Tennessee and Southwest Virginia.

“I wasn’t expecting it because I thought everyone’s essays were good and the way they presented,” Wilson said, adding that she plans to seek a degree in either writing or psychology at Middle Tennessee State University or the University of Tennessee.

She received a $1,000 cash prize and will present her essay at 7:30 p.m. on Feb. 15 at the free Symphony of the Mountains Black History Month event, “Our Voices Rise Together,” at Eastman’s Toy F. Reid Employee Center.

More than 200 attended the luncheon event, which also recognized African Americans with 31 to 35 years of service to Eastman and the retirement of Cari Parker, a vice president and leader of efforts to attract more black employees to the company.

Runner-up Smith received a $500 prize for “Jane Cooke Wright,” a pioneering cancer researcher and surgeon noted for her contributions to chemotherapy. Wright is credited with developing the technique of using human tissue culture rather than laboratory mice to test the effects of potential drugs on cancer cells. Wright died in 2013.

“As we celebrate our (Eastman) centennial, we want to give voice to our past,” said Mark Cox, senior vice president and chief manufacturing, supply chain and engineering officer. “I was enriched by this.”

Third place finisher Sonali Poobalasingham of Dobyns-Bennett won a $300 prize for “Mamie Clark: The Mother of Humanitarian Psychology.” Clark and her husband, Kenneth Clark, provided evidence for the landmark Brown vs. Board of Education 1954 U.S. Supreme Court ruling that found “separate but equal” was not constitutional. The social psychologist and her husband focused on the development of self-consciousness in black preschool children. Clark died in 1983.

Fifth place finisher Allie Ford of Volunteer High spoke on “Seeing Beyond: New Perspective in to the Unknown,” about George Robert Carruthers, who made strides in the use of ultraviolet light and its use in moon exploration and studying space. Carruthers invented the ultraviolet camera/spectrograph for NASA to use when it launched Apollo 16 in 1972.

Jacquelin and Allie each received $250.